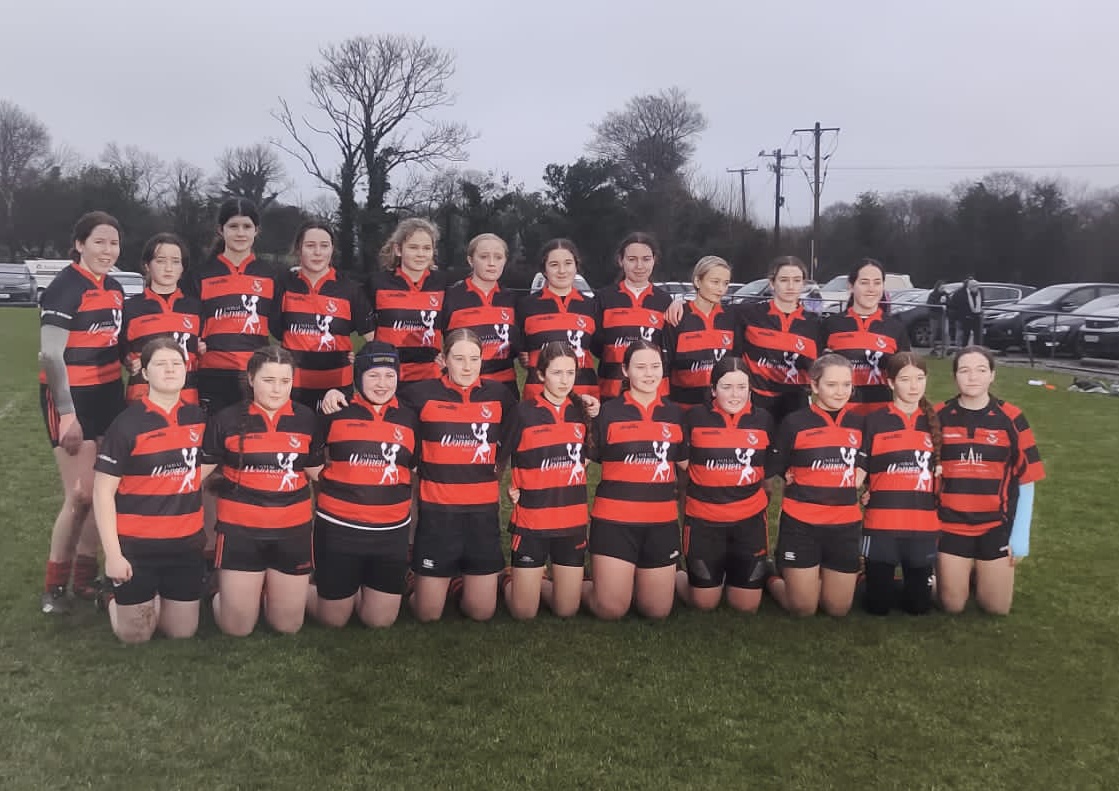 Played in front of a large crowd in Aghadoe, Killarney in a very wet afternoon, the girls from Killarney and Bruff played a very entertaining game of rugby. 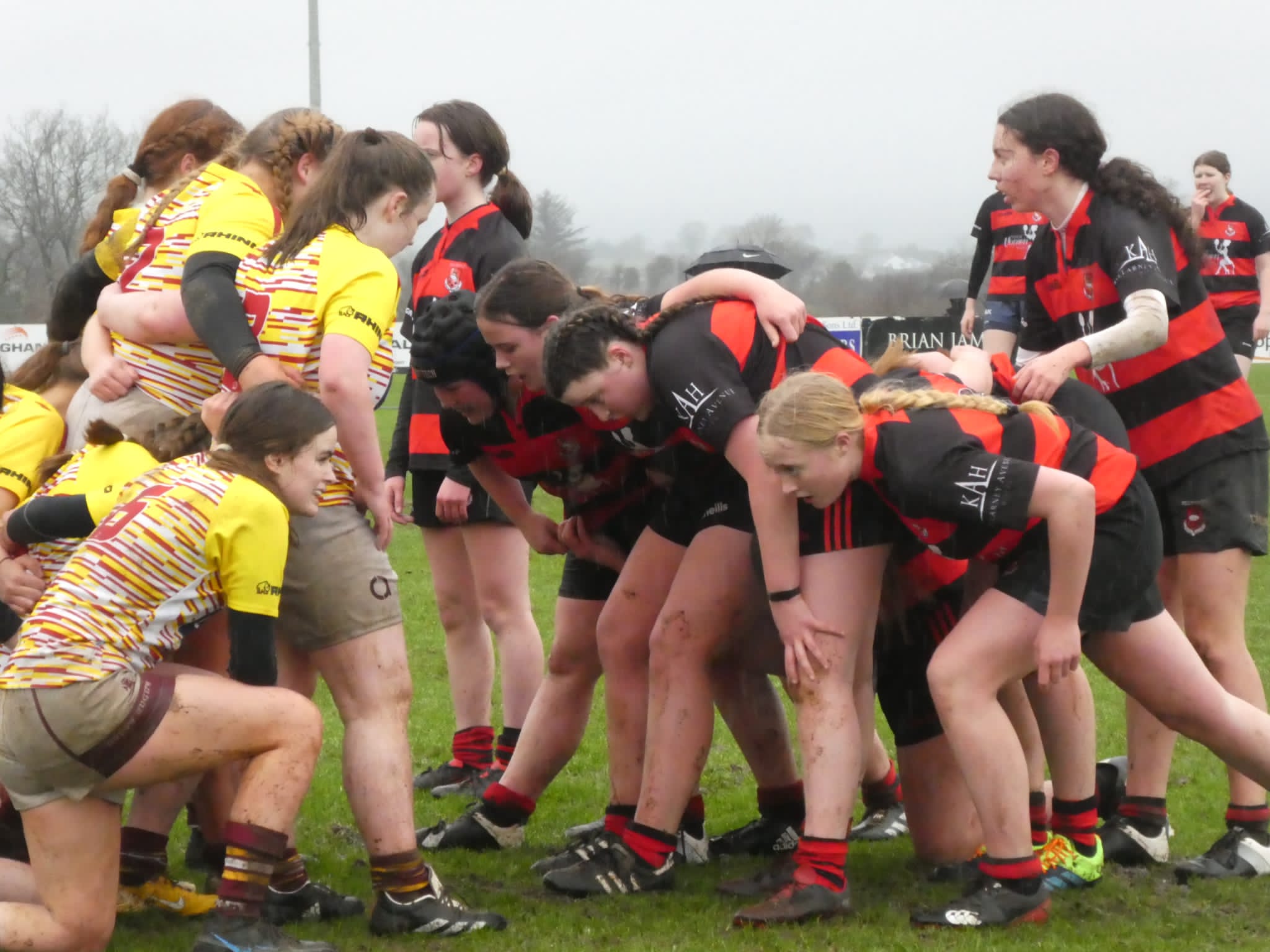 Right from the start Killarney attacked Bruff, but the Bruff defensive line was very much up for the challenge and on a couple of occasions made some great try saving tackles. 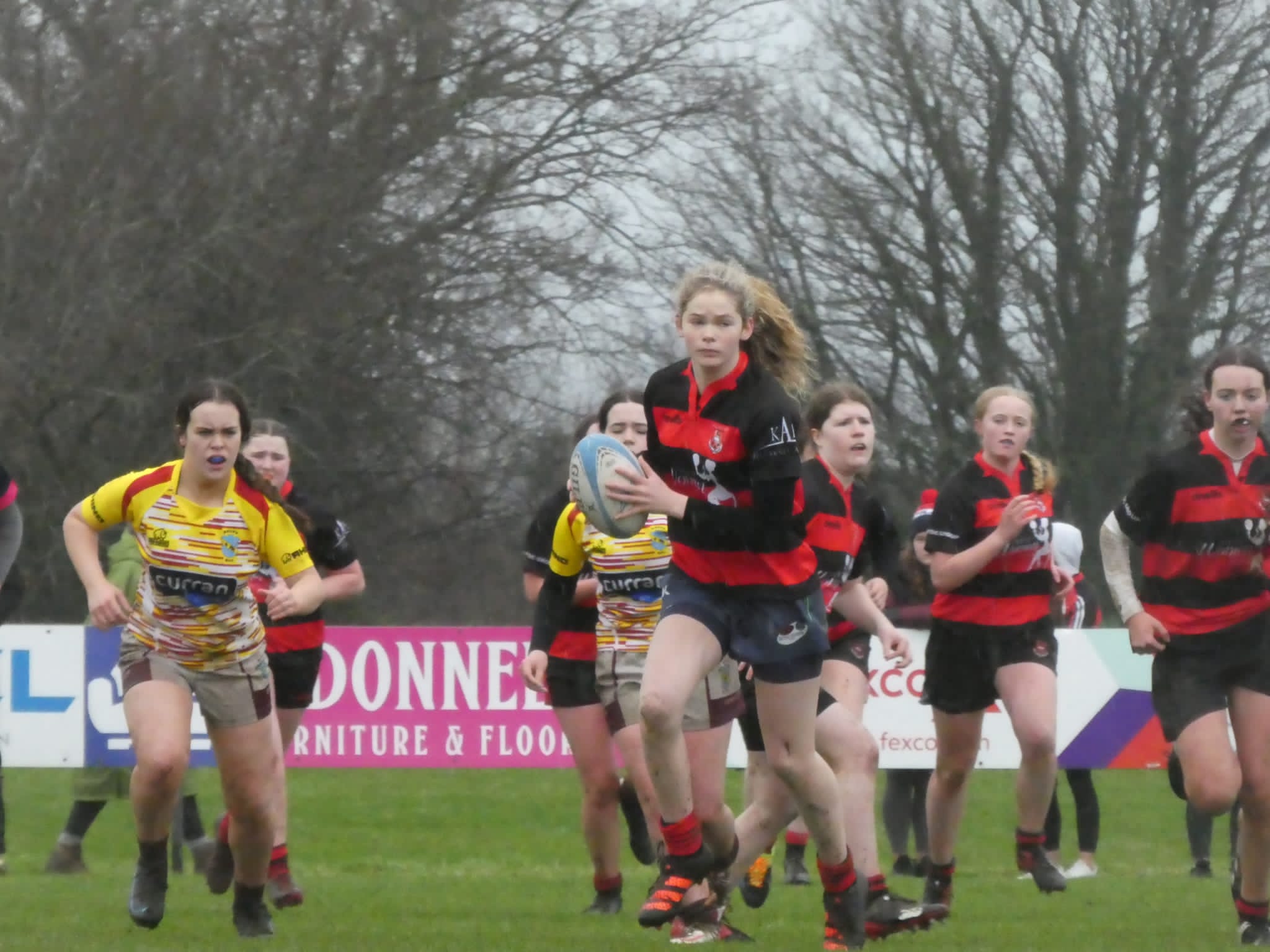 In fairness to Killarney they kept playing good passing rugby in testing conditions and Bronagh Dorrian eventually forced her way over the line and duly converted her own try to make it 7-0 at the break. 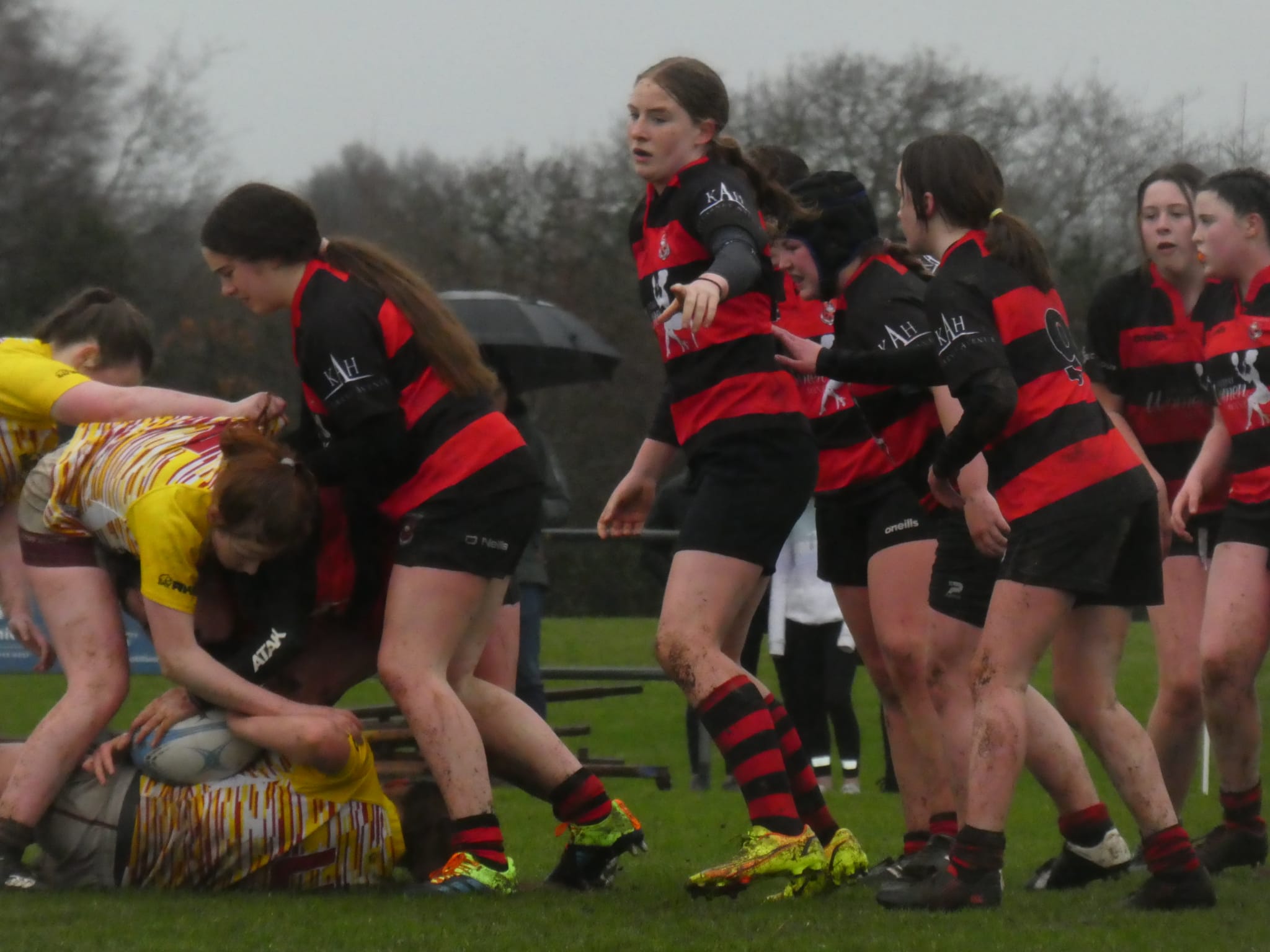 The girls from Killarney stated off the  second half right where they left off, Marina Eager, Niamh Dorrian, and Ali O’ Donoghue made some very good weaving runs but again the Bruff tacking was of the highest standards. 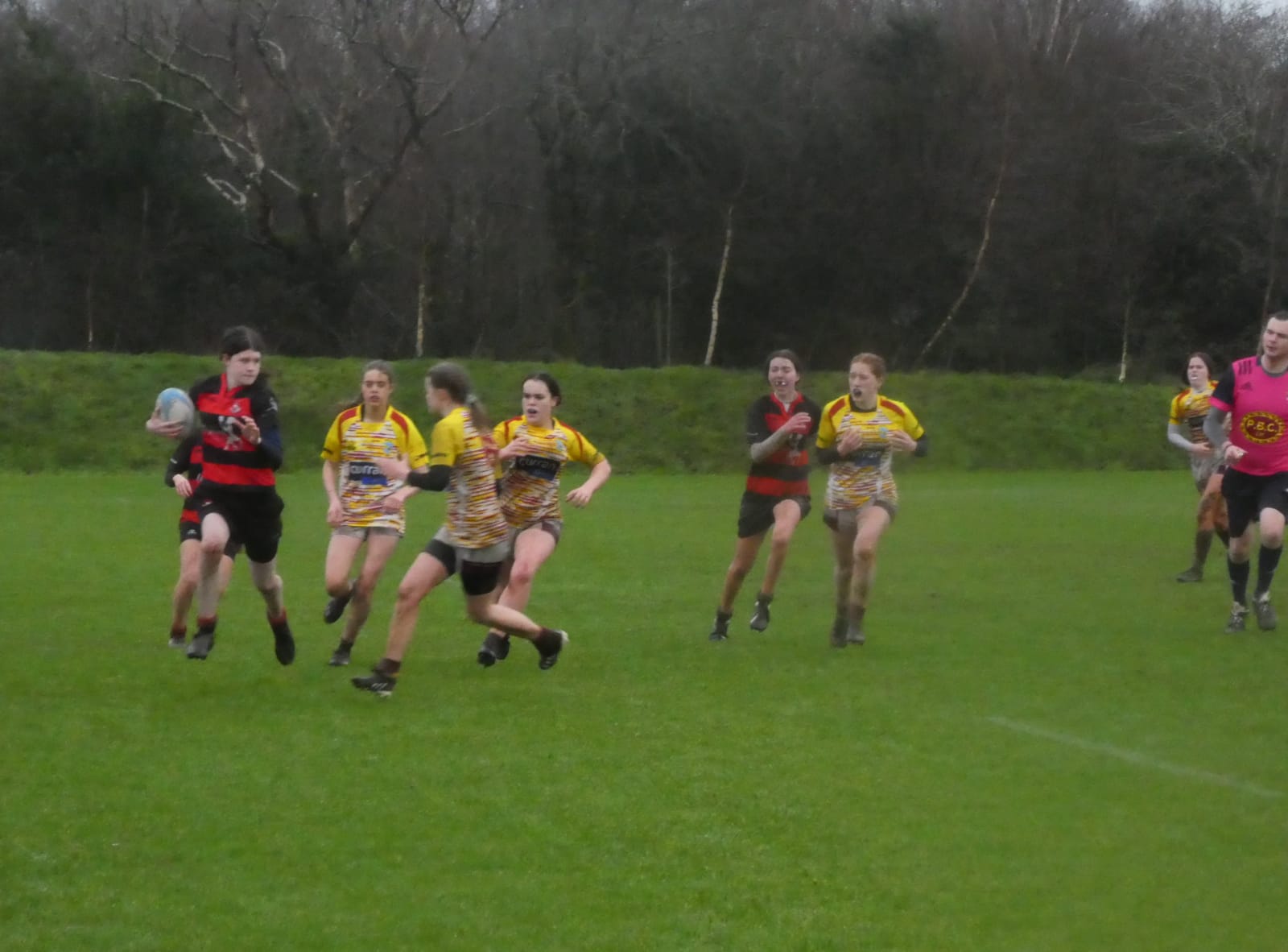 Eventually Bronagh Dorrian got over the line for her second try following some good play by centre Holly O’Sullivan and Killarney now had a lead of twelve points. 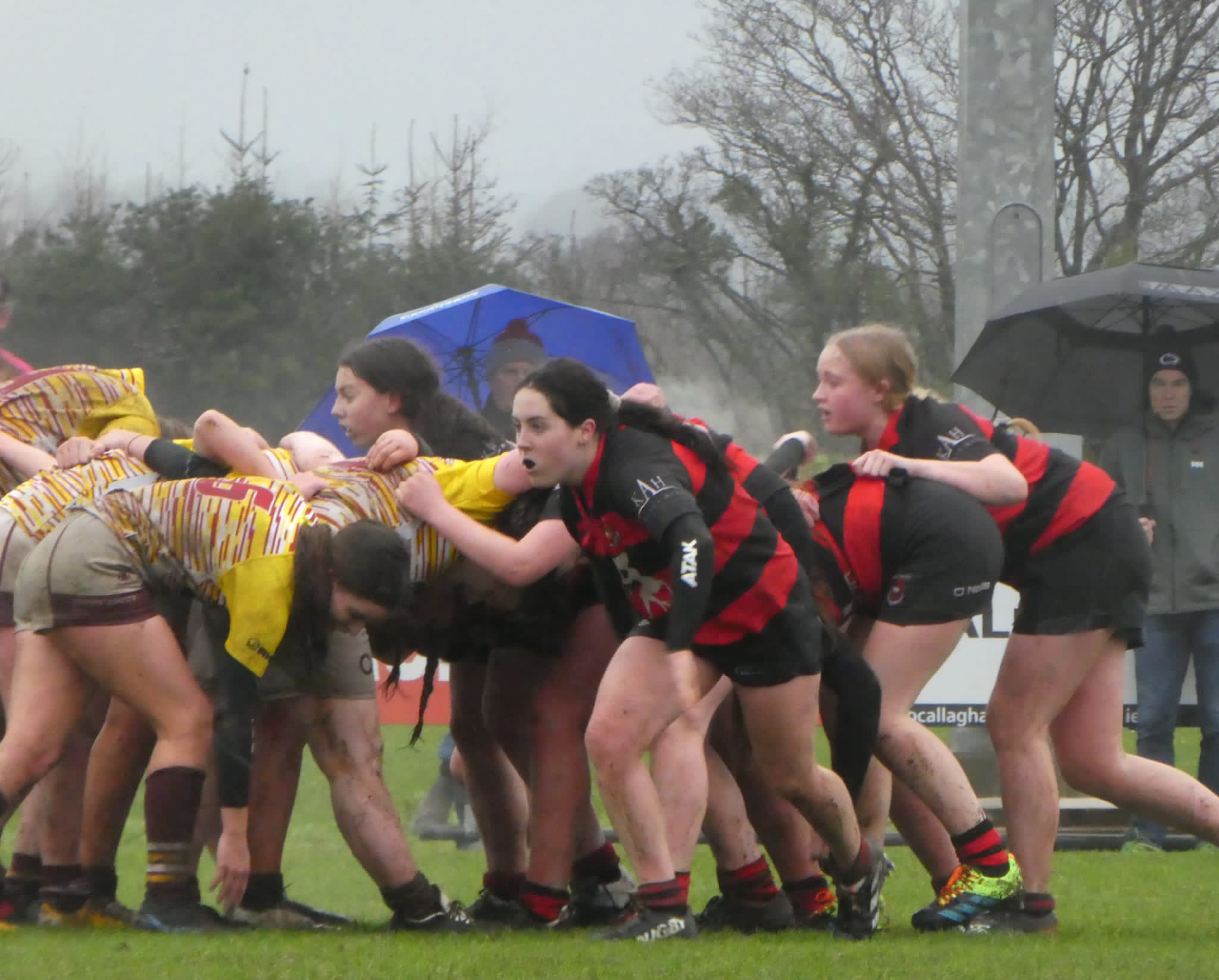 Some excellent interplay by the outstanding Killarney back row, set up Clodagh Foley for the try of the day. Then with 15 minutes remaining on the clock the Killarney number 8, Ava O’Malley picked from the base of the scrum and dotted down for Killarney’s fourth try of the day which the Killarney captain Fia Whelan converted to put the tie out of the reach of Bruff. 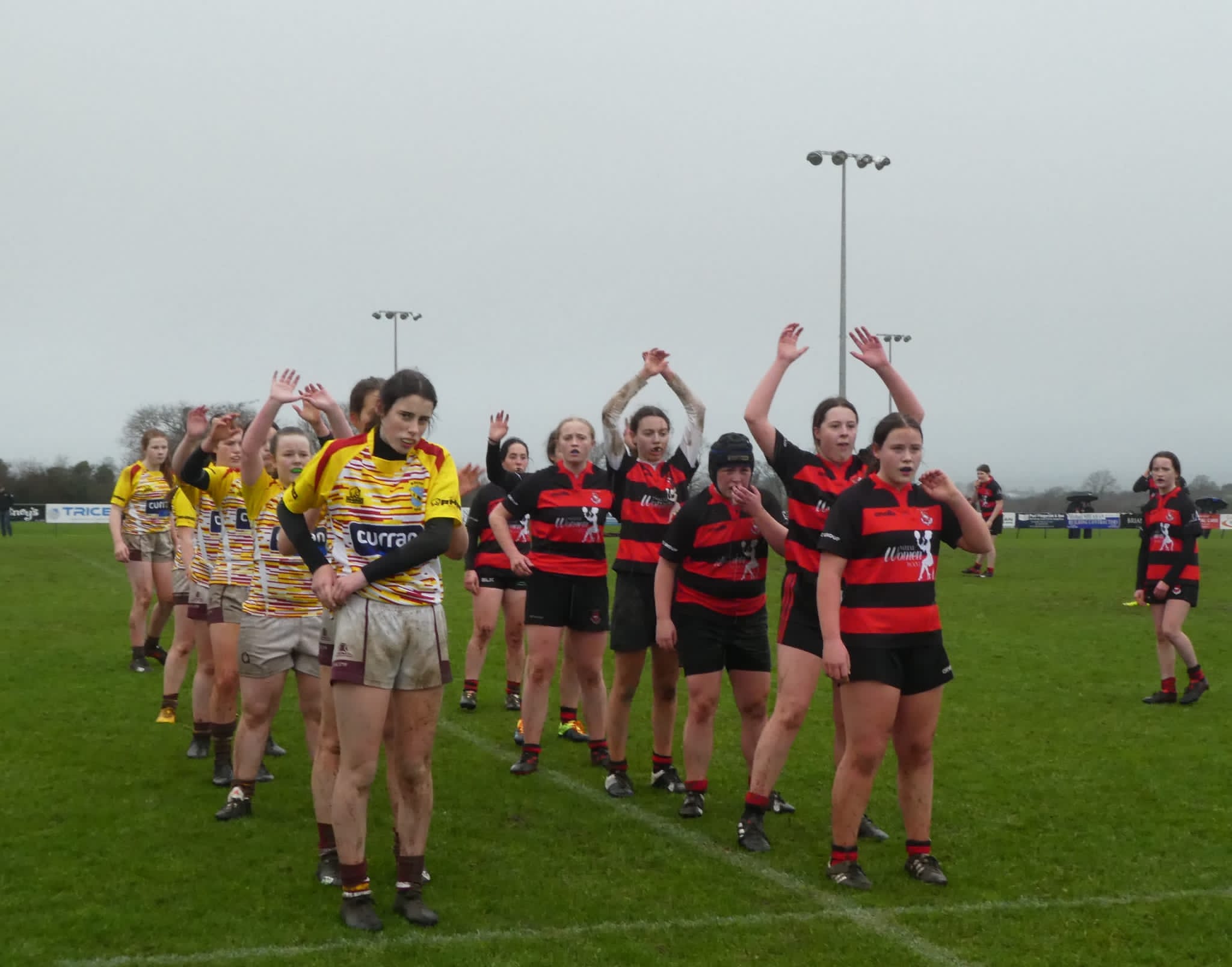 The Killarney replacements added a lot to their team’s performance and Grainne Kennedy who had being introduced just after half time made a great break but was just denied by yet another great Bruff tackle.  Killarney now await the winners of the other semi-final between Ballincollig and Ennis. 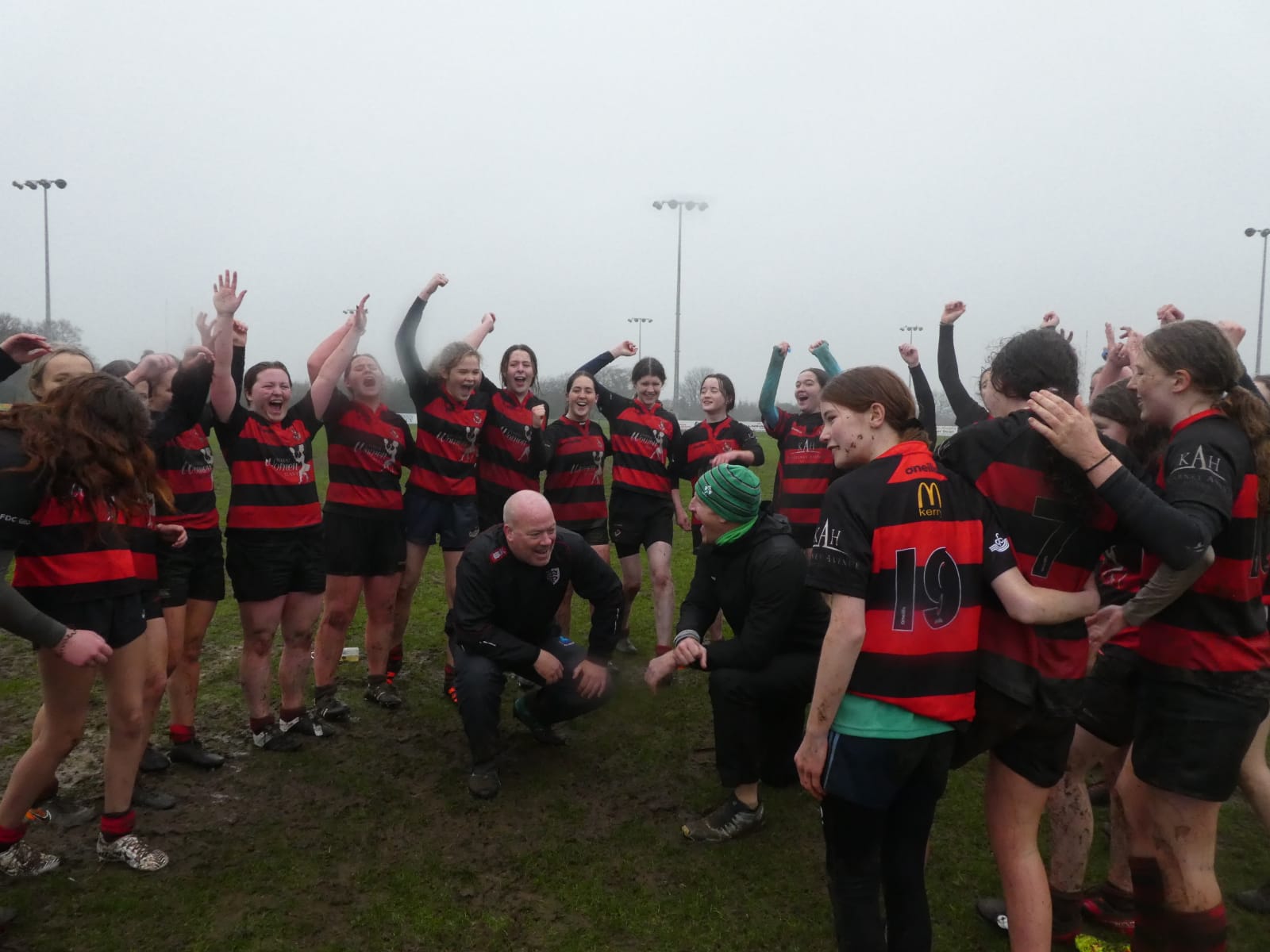 The Killarney Team lined out as follows: 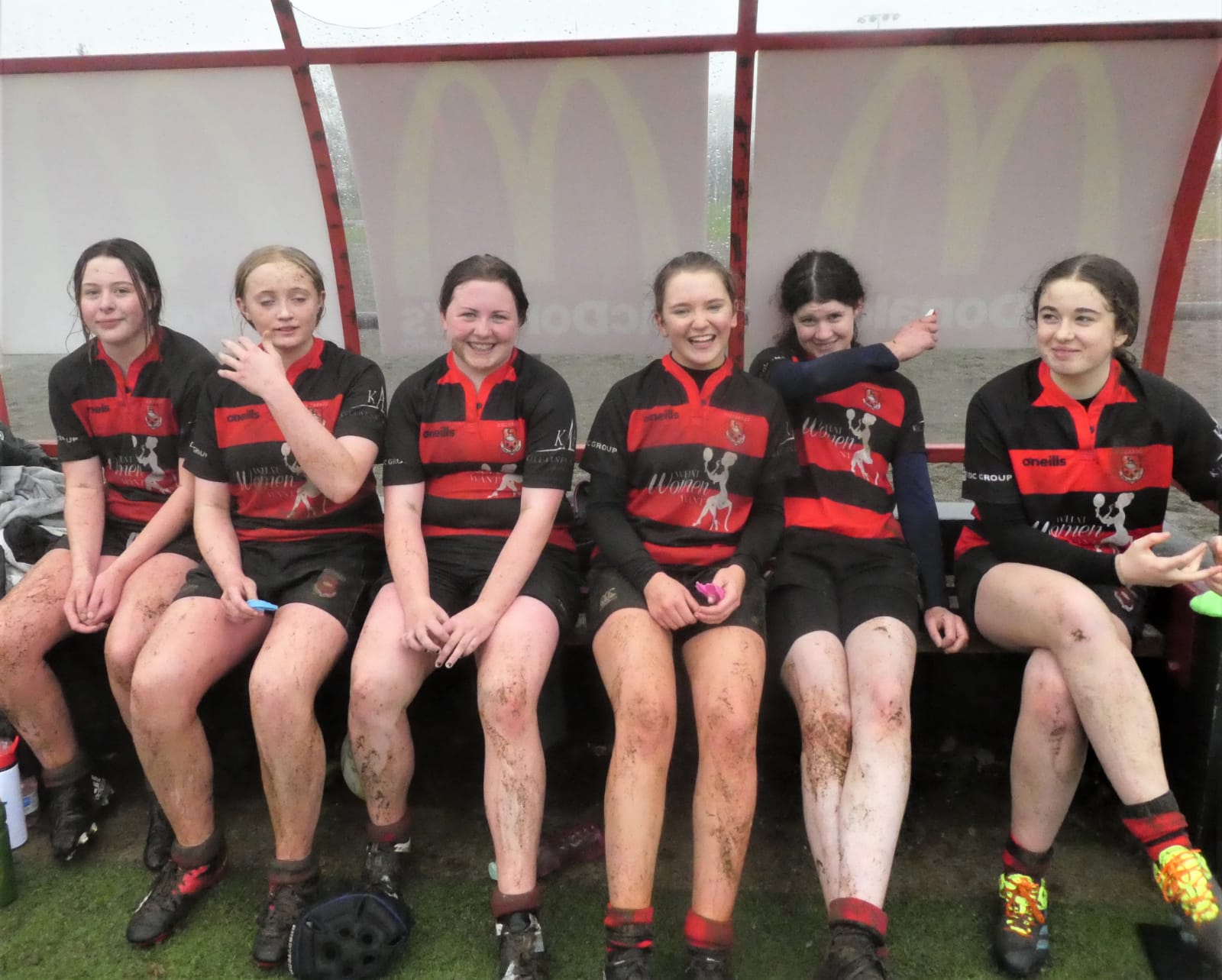 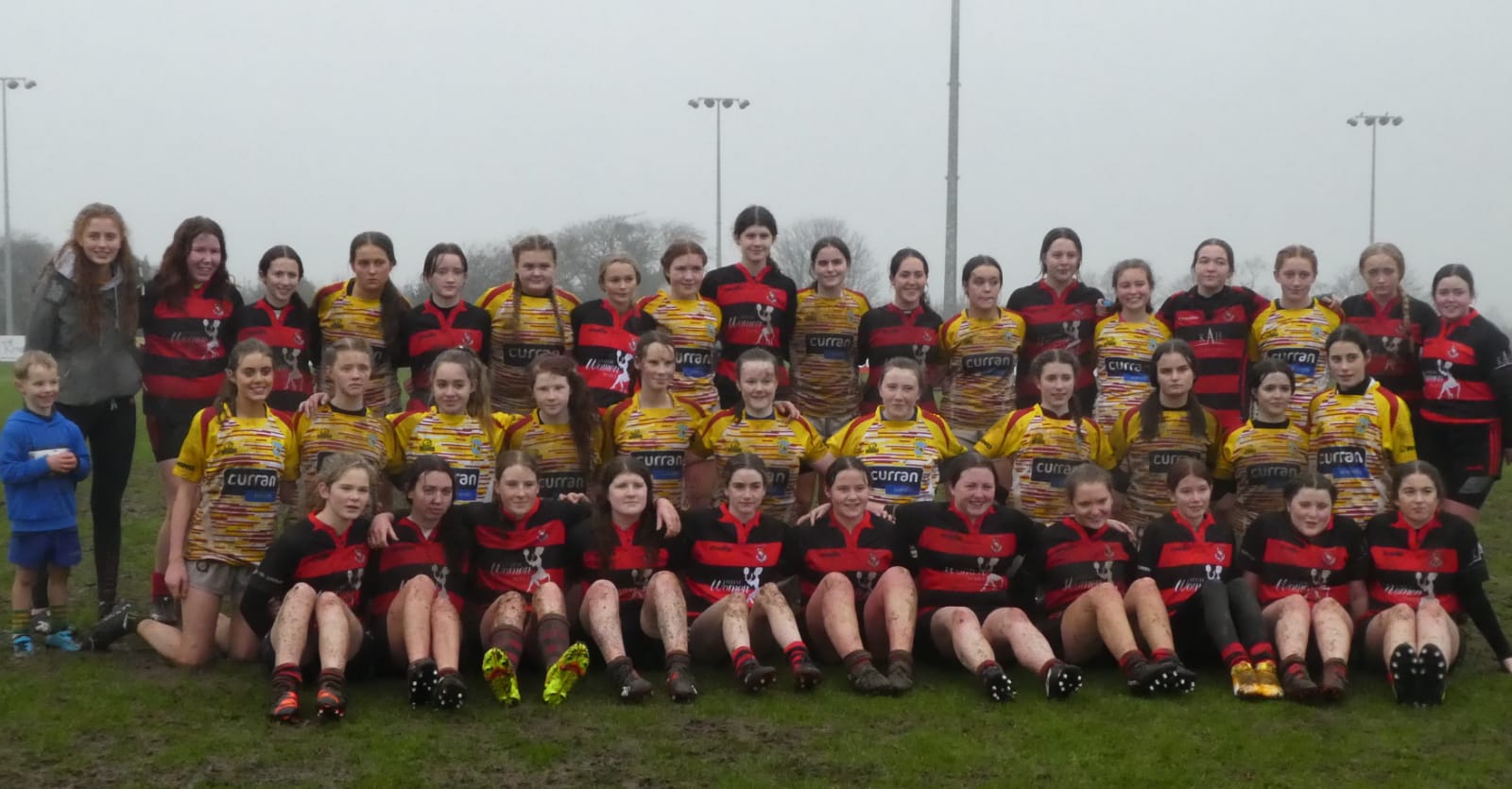 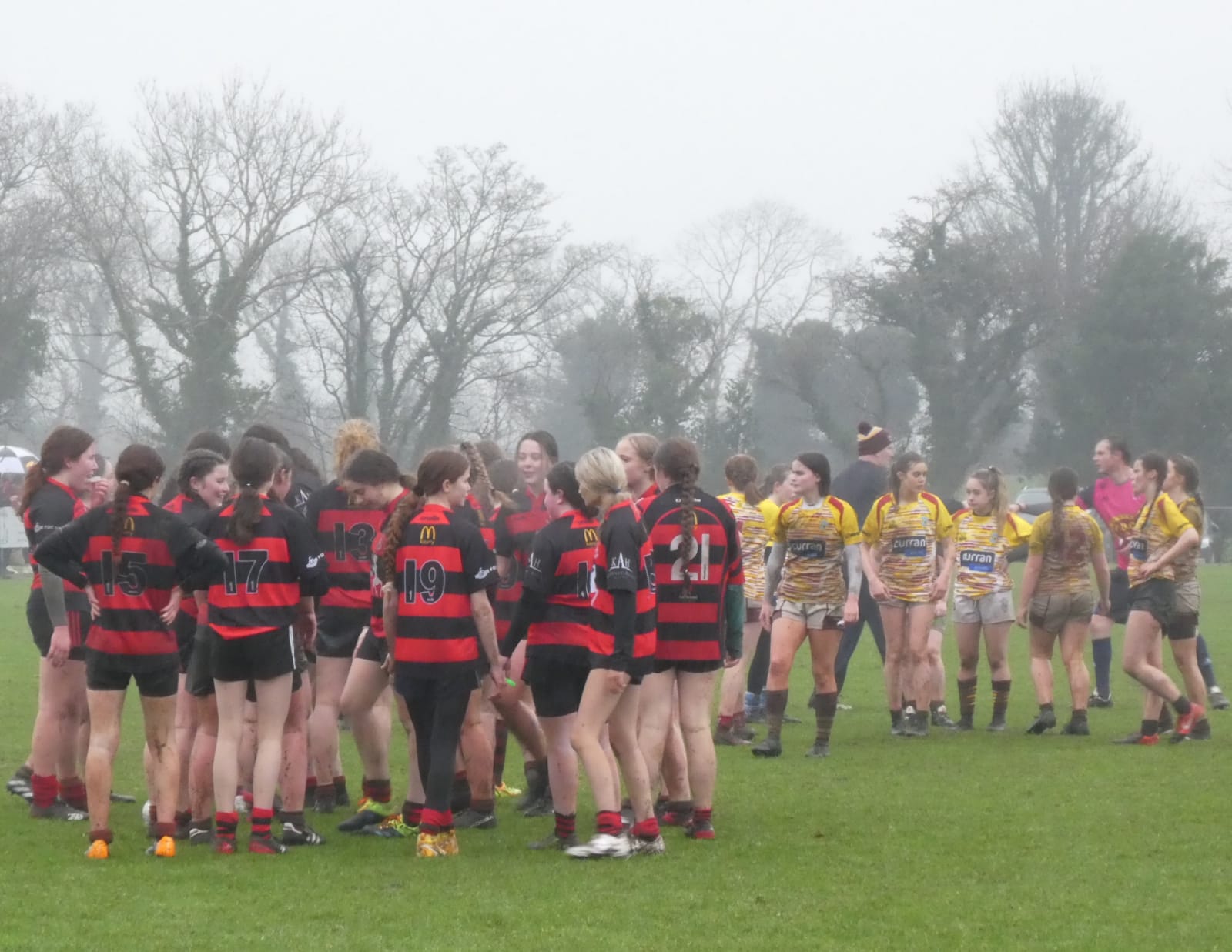 International Mixed Ability Rugby Tournament (IMART) Cork 2022 will be taking place from the 5th of June to the 10th of June at Musgrave Park.Sunday’s Well RFC and the IMART Cork 2022 project team would love as many of our fellow Munster Club Members to join us at the Opening Ceremony for this week long festival of rugby on Sunday the 5th of June.Gates will open from 6pm and the Opening Ceremony which starts at 7pm will include a Parade of Nations into the stadium of all teams to the sound of the Army Band performing a selection rousing marches. We will also have Majella McCulla, Celtic Steps and Altan showcasing our wonderful Irish talent to our guests. The ceremony will finish at approximately 8:30pm. For those wishing to stay after the ceremony there will be entertainment in the 3rd Half Marquee located on site at Musgrave Park till 10:30pm.To book your free ticket to what will no doubt be a colourful and energy filled evening please use the Eventbrite link below.imart2022-openingceremony-5thjune.eventbrite.ieTralee RFC Rugbaí Chorca Dhuibhne Castleisland Rfc Killorglin Rugby Club Rfc Listowel Iveragh RFC
… See MoreSee Less

AGM:Our club AGM has been set for Wednesday the 1st of June at 7:30pm in the Mangerton Ballroom at the Heights Hotel, Killarney. All welcome!#blackandredarmy#killarneyrfc
… See MoreSee Less

U16 Girls are Munster Champions!Club