The senior player awards for the 2019/20 season were presented by club chairman Ger Moynihan at the ever developing and impressive club grounds at Aghadoe recently. The senior player of the year award was presented to the diligent, long serving and club stalwart Paul O’Sullivan. He was presented with the Denis Dennehy Memorial Trophy by Denis’s mother, Betty Dennehy.

A huge thanks to Tom Tobin of Killarney Medals and Trophies, who kindly sponsored a trophy which was also presented to Paul O’Sullivan as the Dennehy Cup is a perpetual award on behalf of the club. 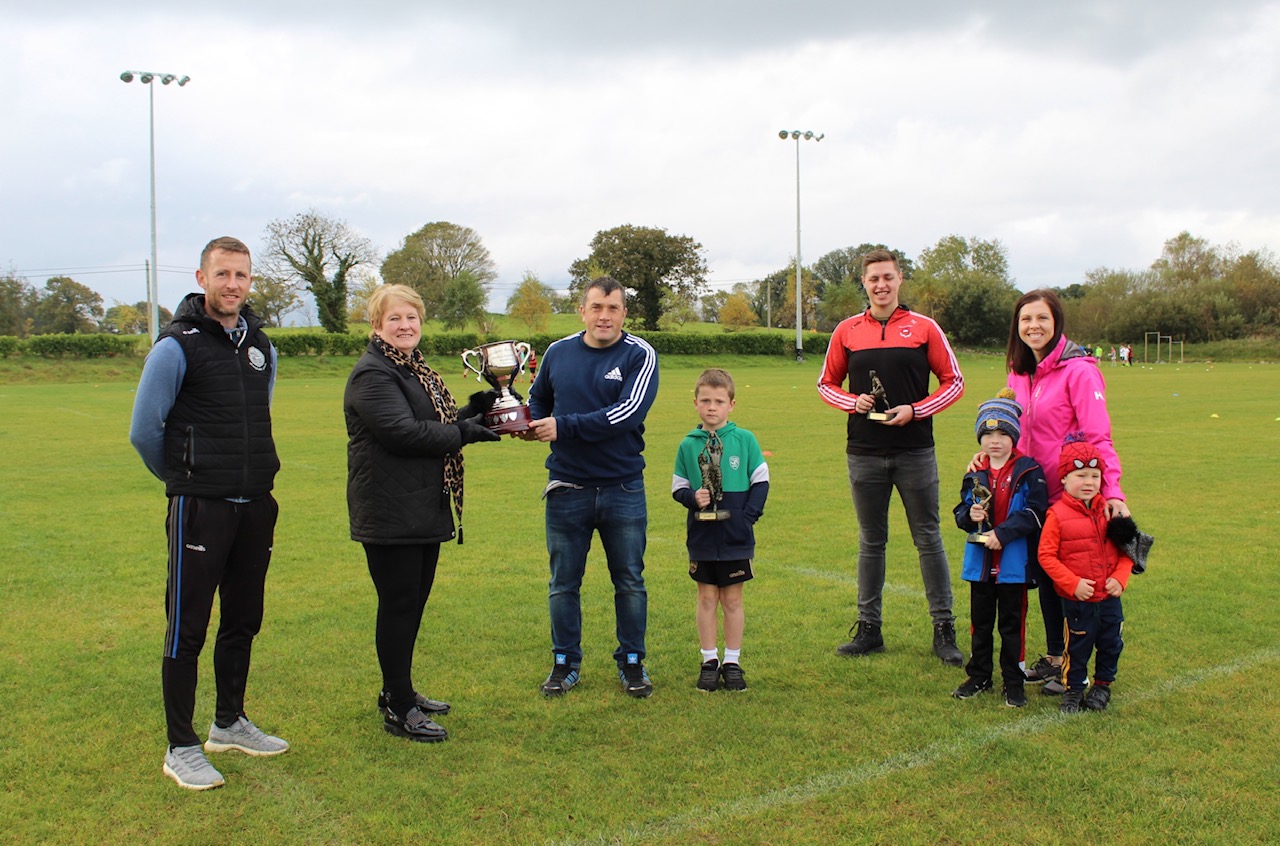 Anyone that knows Paul has seen a huge change in him physically and from an attitude and energy perspective, anyone who doesn’t know Paul can’t be but inspired, on his transformation as a person and as a rugby player.

Paul started pre-season along with the rest of the squad in June 2019 but his journey was a lot different this season, he also made the decision to sign up with Pat Sheehan, the Killarney based diet coach. Lots of people and players would have undertaken a similar journey at the start of a season but Paul was 1,000% committed to his journey. He combined his food intake with extra cardiovascular sessions and lost over 10 stone, in the process.  Most impressively he has managed to keep off the weight and is as motivated as much now, as when he started off.

In the previous season Paul was a 20/25 minute player purely because of his restricted fitness capacity but in the 2019/20 season he was a full 80 minute player and his fitness around the park on game day and at training was hugely inspirational to all fellow team members.

One wet winters night, I was up coaching one of the underage teams and I saw someone off in the distance doing a fitness session by himself, sure enough it was Paul, putting in the extra work by himself to make himself a better rugby player but much more importantly getting a lot more out of life. Paul brought a new vigour to everything he did on and off the field and is hugely deserving of this award.

Paul was asked to come out of retirement to help out the team and he duly obliged. Having played most of his rugby at scrum half, Paul had to do a job for us at out half. He made a huge difference to the team with his on field intelligence, and his reading of the game and really got the back line moving. The added bonus of having two creative play makers made a big difference and the team  played some terrific rugby with Paul pulling the teams strings. Paul’s contribution was invaluable and even though his preference would have been to play at 9, a real team player just fills in for the benefit of the team and that’s exactly what he did throughout the season. As true stalwart of the club I really hope he, along with the team can win some deserved silverware in the coming seasons. 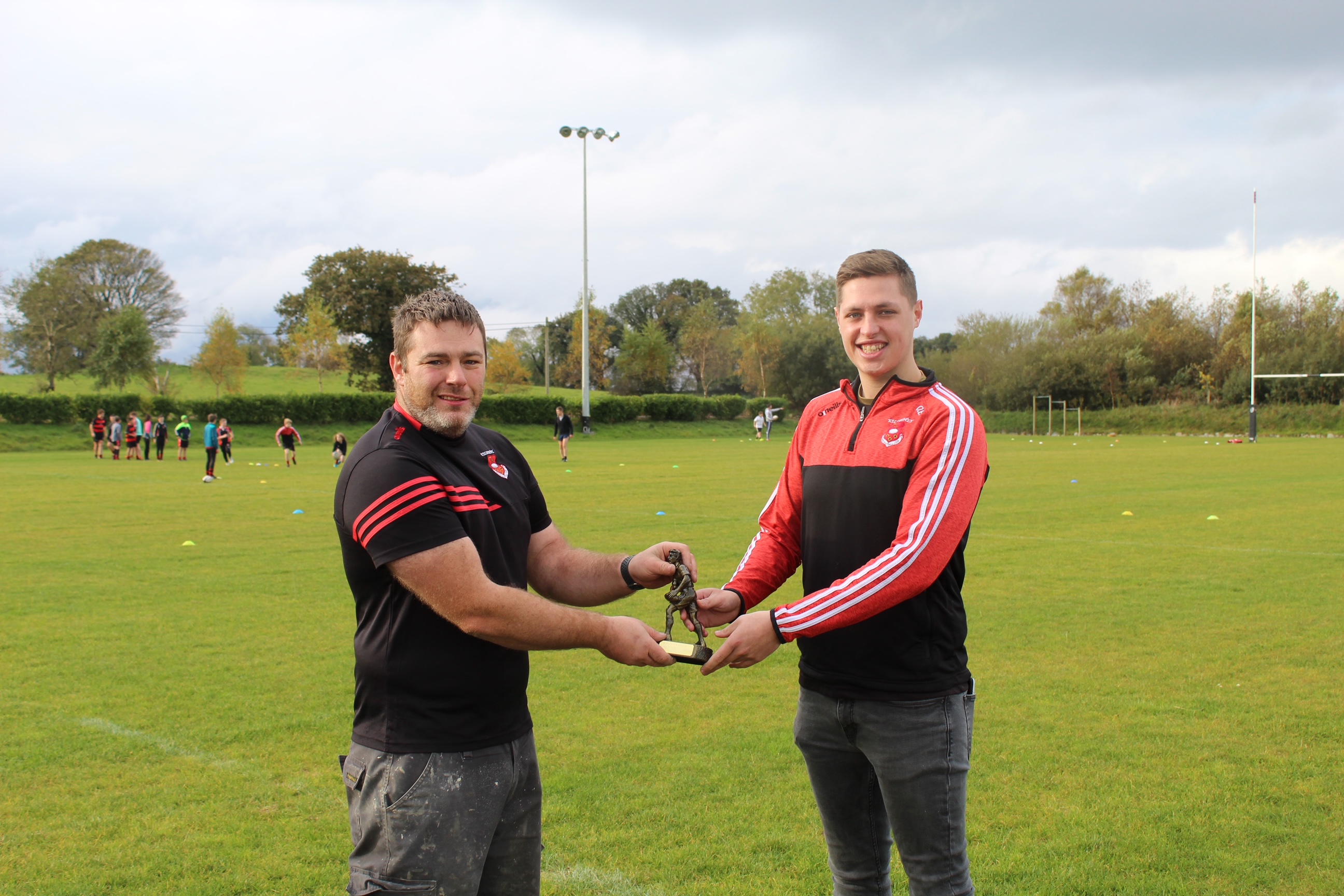 For a very young player to play and compete in the junior ranks it takes a lot, when that player adds value to a forward pack it’s takes something a bit special. Brogan has undoubted talent and if he continues to work hard, listen and develop his game, I have no doubt he can play at higher levels. He has a wonderful can do attitude, and is willing to learn. I look forward to seeing Brogan develop into a top rugby player.

Our Seniors Preseason training continues every Monday and Thursday at Aghadoe (@ 7:30pm). Open to all players over 18.5 years of age.

Our Girls ‘Give it a Try’ programme kicks off this Saturday (2pm-3pm) at Aghadoe!

Open to girls aged between 8-14, no experience is necessary and fun is guaranteed. The programme is run by our own highly experienced and Garda vetted coaches and will run for 8 weeks.

The Munster Rugby Summer Camp kicked off this morning here at Aghadoe, with a fantastic turnout and it’s staying dry so far!! A week of fun ahead for all the kids! Enjoy!

Killarney RFC are thrilled to announce that our very own Kate O’Donoghue has been selected for the Munster Rugby U18 women’s squad ahead of the U18 Interprovincial Championship! This is a wonderful occasion for Kate, her coaches and our whole club! Congrats Kate!

Munster Rugby Summer Camp – closing date for booking is this Wednesday! The Munster Rugby summer camp takes place from Monday the 26th of July to Friday the 30th. In accordance with the terms and conditions this year, no walk-ins will be allowed so book your spot now to avoid disappointment! #munsterrugby #summercamp #minirugby #killarneyrfc #blackandredarmy … See MoreSee Less

Our Seniors returned to preseason training this evening at Aghadoe. Some photos from the first session. The lads are back training on Thursday evening at 7:30pm and new players are always welcome! #blackandredarmy #killarneyrfc #killarneyrfcseniors … See MoreSee Less

Our U18’s return to Preseason training this Wednesday at 7:30pm.

Give it a Try:

Only 3 weeks to go until our Canterbury Give it a Try sessions kick off.

A wonderful programme for girls aged between 8 and 14, to learn to play rugby! No experience needed and fun is guaranteed!

The club would like to offer its condolences, thoughts and prayers to the family of Thomas Healy. Deepest sympathies to his family and wide circle of friends, many of whom play rugby at our club, as did Thomas’ brother Michael.

Our thoughts are also with his friend Alfie who is a valued and much loved member of the club and we hope he makes a full recovery. … See MoreSee Less

Our Seniors return to preseason training Next Monday, the 12th of July.

Senior Preseason Training will take place at Aghadoe every Monday and Thursday evening at 7:30pm. Contact John O’Connell on 086-8525116 for info.

Our Girls ‘Give it a Try’ pro

The @munsterrugby Summer Camp kicked off this morn

Killarney RFC are thrilled to announce that our ve

Our Seniors returned to preseason training this ev

Give it a Try:

Only 3 weeks to go until our @cant

Our Seniors return to preseason training Next Mond