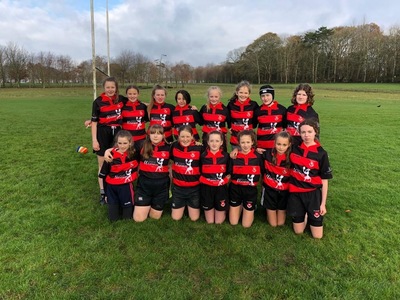 A visit to newcomers Listowel on Saturday last, saw a much improved performance by this Killarney side, who themselves have only recently been introduced to the game. Listowel, managed by the ever enthusiastic Kieran, managed to get a full 15 side out to face Killarney. It was a great achievement given how new to the game his girls are, as it very difficult for any coach to teach the skills needed in such a short time. We, at Killarney have full empathy and respect for what he, and his coaches and helpers are doing.

Let’s face it, Killarney themselves came under enormous pressure not only to start an U14s girls side, but with little or no time to coach them, they were thrust in the devils cauldron by competing in a league campaign. But at this age, there is no fear of the unknown by the girls and so little by little as each training session comes to an end, this crew of young girls are taking in what is being coached and are slowly and most assuredly beginning to implement it onto match day. The scoreline which isn’t important was a reflection of the effort put in by all 15. The Killarney coach when asked about the win said, ‘’ the played like a team’’, no more to be said!!

The front row, Jasmine Howard, Ella Guerin and Molly Gabbett are becoming a great combination as they all carried strong ball into contact and got around the field really well. Second row of Joanne O’ keefe and Clodagh Foley were both outstanding, Joanne carrying some hard ball though the centre repeatedly and Clodagh getting back 50 metres to pull off a magnificent tackle.

The back row of Nell Crowley, newcomer to the backrow, Isabella O’ leary and captain on the day Fia Whelan also gave up great performances. Fia, and her ability to drop kick a ball has even her coach bemused, her dad, Josh, himself a coach at another club, has taught her well!

Robyn Launders at scrumhalf and Outhalf, Bronagh Dorrian, are beginning to link up well and caused havoc around the set piece, and Bronagh once again had a great day slotting over at least six conversions. Centres, Holly O’ Sullivan and Katie O’ Donoghue both defended and attacked with zeal and were a constant headache to Listowel who struggled to get the ball out wide because of their workrate.

The back three of Melissa McCarthy, Kate Mangan and Marina Eager have all much improved as time goes on. They are beginning to know where they need to be, getting involved in everything. Indeed a special mention in this case to Marina’s lightning speed which resulted in us finding the try line more than once.

The acid test will come in two weeks time when Bruff, who gave Killarney a good trimming on their first ever match, come to town. Will Bruff faze these girls this time? Not likely..Come down and see for yourself how far they have come in such a short time.

A big thank you to Anne Foley, who, in Fiona’s absence did a fantastic job, to the parents who came to see their kids play and perform in a way that would please the eye!! 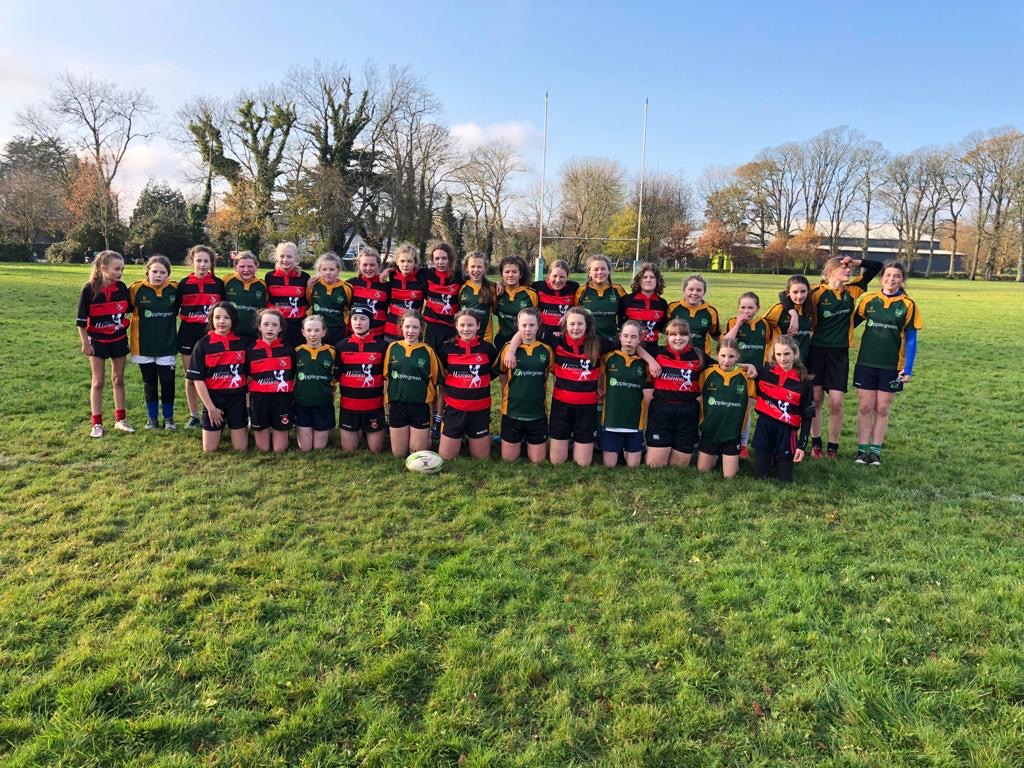 These fantastic videos focus on catching, kicking, running and evasion, fundamental movement skills and much more. The aim of the videos is to offer some FUN rugby and movement activities to do at home and to support children during the Level 5 lockdown while continuing to grow their capacities and understanding of the game.

This weeks #ThrowbackThursday comes courtesy of Christina Houlihan Tydings and comes from January 2011 – 10 years ago this week!!

Our second XV took on Listowel Rugby in the South Munster J2 league winning 23 points to 15. The ref was Danny Holmes. Some very familiar faces here!

Some fantastic work being done by the Munster Rugby Develop Department to develop training session plans for players U13 up, during lockdown. Check out the link below for the plans which aim to help support our players and keep them active. A wonderful resource!

Really delighted to see our recent award win for our wonderful Youth Section making the top 10 sport stories of 2020 in the Killarney Advertiser. Thanks guys!

Well done @munsterrugby on the win over @connachtrugby at the Sportsgrounds last night. A fine try by @chrisfarrell93 and excellent kicking from the boot by @jjhanrahan10. A cracking final few minutes as Connacht pushed for the try to win against 13-man #munster. Fantastic! #munsterrugby … See MoreSee Less

Killarney RFC is at Mullingar RFC.

On the 4th of October, 1992 Killarney RFC traveled to County Westmeath to take on Mullingar RFC in a freiendly. Declan fills us in:

“Captain Pat O’Connor organised a superb early season weekend visit to his old ‘alma mater’ – Mullingar RFC. Match finished 3 – 3. Some of us are still living with the repercussions of that tour…….”

Thanks a million Declan for the fantastic photo. If you have a photo for us please email to pro@killarneyrugby.com or pm this page.

Wishing Paul O’Connell a huge congrats and the best of luck as he takes up his new role as Forwards Coach with the Irish Rugby squad ahead of the #Guinness six nations No better man for the job! Best wishes Paul! … See MoreSee Less

Congratulations to Gemma Kelly and Shane Doyle on winning a Killarney RFC Calendar. The calendars can be collected from the clubhouse or training once training resumes in the new year.

We have a competition on our Instagram page for the chance to win 2 more calendars! Check it out!

Calendars are still available for purchase at Tim Jones butchers, simply message the page here or contact any coach or club volunteer.

#blackandredarmyCOMPETITION TIME: We have two of our wonderful new Club Calendars up for grabs!

Where is Killarney RFC rugby grounds?

a) Aghadoe,
b) Ahascragh,
c) Aghabullogue.

Both winners will be announced over next few days – so get entering!!

If you would like to purchase a calendar of your own, simply pop into Tim Jones butchers or contact this page.

Munster Rugby are delighted to provide a #RugbyFUN

Some fantastic work being done by the @munsterrugb

Wishing @paul_o_connell5 a huge congrats and the b

Wishing you all a happy new year from all at #kill

COMPETITION TIME: We have two of our wonderful new

Wishing all of our members, players, coaches, comm 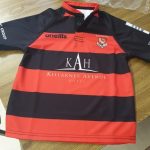 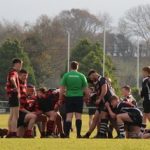