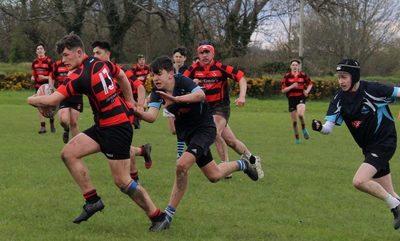 Killarney U16s returned to local competition and recorded a comprehensive victory against a committed Killorglin side.

Killarney raced out of the traps and Tomas Clifford scorched over twice in the first few minutes running from deep and burning off the tackles.

To their credit Killorglin dug deep and after some super forward surges crossed in the corner for 5. After 20 mins Killarney’s John McCarthy gathered in the lineout and after a driving maul was eventually stalled, Brendy O Donoghue broke away and made the line. 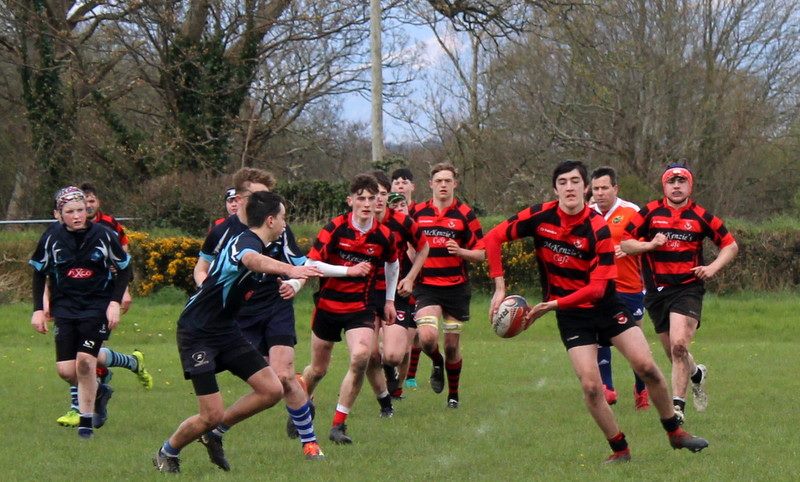 Killorglin again responded and just before half time crossed again in the left corner. The half time score was 19 to 12 in favour of Killarney after a tough, highly combative and evenly contested 30 mins.

Killarney took the half time break to regroup and refocus. Once Killarney began to avoid one up collisions and move ball through hands the score board began to tick over. Impressive continuity and support play resulted in  Ozdenis Koyun, Padraig Talbot and John McCarthy crossing for tries as the half progressed. Killorglin showed great resolve and pressed hard for their own score however a turnover as they looked sure to score resulted in Killarney racing the length of the field and the supporting Tomas Clifford touched down and completed his hattrick. Donnchadh Grealy booted his sixth conversion of the day.

The final score did not reflect the competitiveness or intensity of the game and well done to the hosts who fought for every inch.

The final will take place in Tralee against Castleisland next weekend. Keep in touch with club platforms for match details. 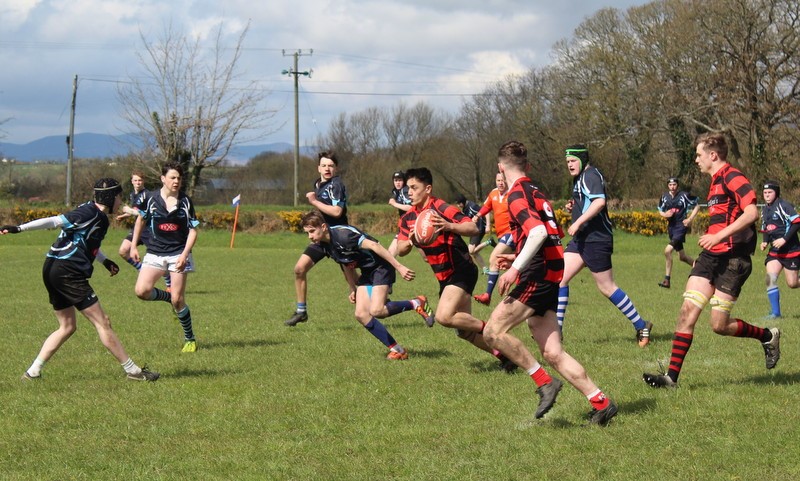 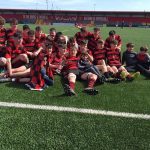 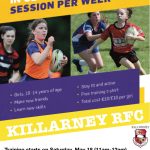 KRFC present Girls only ‘Give it a try’ summer programmeGirls Rugby, Mini, News