On a grey but calm morning in Aghadoe last Saturday, Killarney eventually ran out 22- 0 winners against a tough and resilient Castleisland side. For the second week in a row, it was Killarney’s ability and commitment in the tackle all over the pitch which was the difference between the sides.

Killarney struck first with a Pierce Slattery try in the first quarter after good work by Cormac O’Donoghue and Ben Caughran on the wing allowed the try scorer exploit a gap in Castleisland’s defensive line.

In the second quarter, an opportunistic turnover by Alex O’Leary on his own 22 eventually resulted in a Pierce Slattery try in the corner after some scintillating passing play involving almost the whole Killarney team as they probed the width of the pitch until the gap presented itself.

A Killarney scrum ultimately yielded a try through a Josh Coffey line break run in skilfully under the posts from 45 meters despite Castleisland’s best efforts. Finn Kennelly added the extra 2 points to leave the score 17-0 at half time.

Castleisland brought renewed intensity to the game after the break but the Killarney boys – through Darragh McCormick, Thomas Chambers, Jeremiah Landers and Alex O’Leary – still kept their focus and tackle accuracy up throughout, adding a further try by Pierce Slattery near the end.

Scrum-half Donal Hickey provided a platform for the Killarney attack with his fast ball throughout. Other notable performers were Cormac O’Donoghue and Scott Carlton in the second row and substitute Dara Stack on the wing.

Credit must go to the Castleisland players and management for a sporting game played in the right sprit. MAR referee Anthony Clifford did a stellar job officiating a very enjoyable game. 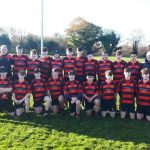 Killarney 5 from 5 for U16News, Youths 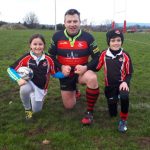 Seniors in epic win at AghadoeClub