On a bright and sunny May morning in Abbeyfeale, Killarney U14s came up short in the West Munster U14 Cup final to a powerful team from local rivals Castleisland. Killarney opened brightly but Castleisland claimed the first score – a try in the corner neatly converted. Killarney struck back with an unconverted try from Darragh Looney to leave the score at Castleisland 7 Killarney 5.

Killarney had the better of the latter stages of the second half – outscoring their opponents by 2 tries (one by Jack Kenneally to add to the four he scored in the semi-final) to one. However, although some consolation, it was insufficient and Castleisland were convincing winners by 33 points to 17.

Congratulations to Castleisland and commiserations to our U14 squad who played some excellent rugby throughout. Kudos also to the management team – Diarmuid, Ed, and Eoin. 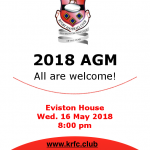