Killarney were well in this game until 8 minutes from the end. In fact they took the lead from a Chris Myers penalty. Despite the weather it was a good day for rugby and the pitch was in excellent condition at Crageens in Castleisland. Chris unfortunately missed an easy penalty in front of the posts and together with another miss further out on the right, Killarney could have led 9 – 6 at the break. Instead island were let off and they led 6 – 3 at the break. Killarney had a good re-start and some excellent exchanges across the field between pack and backline had the home side on the rack. Killarney turned over too much ball in the last 10 metres and time after time Island cleared their lines. On one of those breaks Island kicked long and the chase pinned us inside our 22. Island drove off the lineout but great defensive work by the pack won the ball but Hilary McCarthy’s relieving kick rebounded off him and it was a fortunate 5 metre scrum to the home side. From the back Downey broke and got the wing in to the corner to stretch to 11-3.
We are seeing great improvements with getting new players back and with added fitness the old core team are beginning to get to terms with the season. Our problem now is that we have no games until January 4th. Ger Moynihan played a captain’s part. John Scully O’Sullivan is an inspiration the way he is playing. Mulligan was a powerhouse in the second row until an unfortunate retaliation saw red and our hopes of winning were slipping big time. Paul O’Sullivan is so cute at scrum half he almost broke through several times. Shane McSweeney made a fantastic run mid-way through the 2nd half and his perfect offload saw a string of good support and interchanging and only an unfortunate pass was knocked on at the death. That was the day of it. 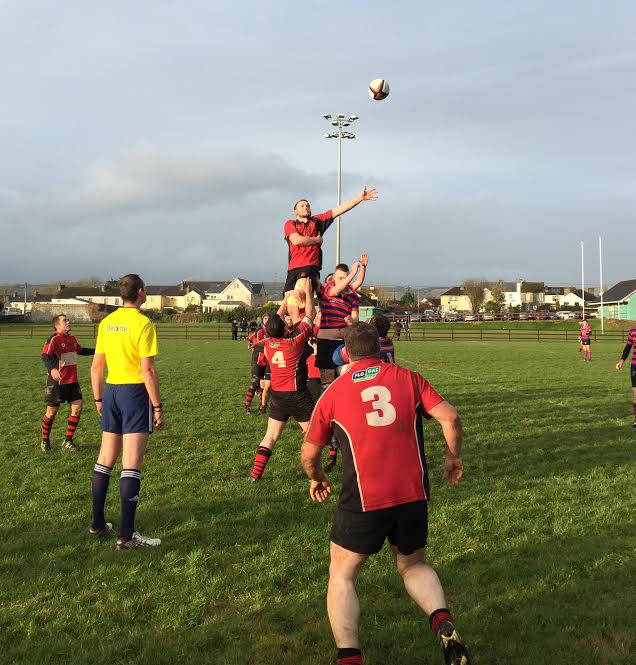 Training takes place on tomorrow morning at Knockreer from a new time of 10am to 11:30am as coaches are on a training course from 11:30 to 12:30pm. The following Saturday sees training at the usual time of 10:30 to 12pm followed by the annual Santa Party at the Avenue at 2:00pm – when you never know who might just show up!

This was a very competitive match both teams giving it their all. Abbeyfeale scored 2 tries without reply after 20 minutes then Conor Sheahan scored a fine try for Killarney. Feale scored another converted try to make it 17 to 5. Richard Wallace then scored a great individual try with a very determined run making it 17 to 10 in favour of Abbeyfeale. Abbeyfeale scored again and looked like they pull away but Conor Sheahan hit back with his second try from a 70 yard run which made for a tense final few minutes. Killarney tired from their efforts and Abbeyfeale scored a good try to finish a very entertaining game. Killarney are at home to Tralee at Dirreen at 11:00 and your support would be very welcome.

U16’s are away to Listowel on Sunday leaving the LIDL car park at 10:45am and kick off is at 1pm in Town Park. Having dismissed Corca Dhuibhne with a superb display Killarney maintained their second place in the West Munster League and have a game in hand behind leaders Tralee who remain unbeaten.

Under 18s now joined with Killorglin as South Kerry had no fixture last weekend and are at home to Skibbereen tomorrow at 12:00pm at Dirreen Killarney. It would be great if you could go along and help the lads to their 2nd victory of the campaign.

Night at the Dogs : there are still some funds to be collected and handed in so please get this out of the way asap.

Memberships – there are still subs due from some players and this needs to be done asap. You can do this online on myclubfinances.com or hand the sub to your coach or committee member. New Members are always welcome and we can always do with help from those who might like to get involved in coaching.

takes place on the following Saturday 27th in the town centre from 10:30 to 6:00pm. Mike Fuller is the usual co-ordinator, so get yourselves set for giving him an hour or two of your time this year please. Any new ideas are most welcome to boost our presence in the town and make us more appealing – contact Mike Fuller 0876489628 or mfuller@fexco.com – Every year, some people are great, others don’t bother – please help me improve on that. Thanks.

Killarney RFC – Night at the DogsNews 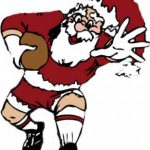